Court Cavendish, the global technology investor and former healthcare turnaround specialist, has today announced the appointment of Laurie McIlwee as a Special Advisor. As part of the role, McIlwee, who spent 14 years at Tesco including as Chief Financial Officer, becomes Chairman of Red Rickshaw, the UK’s largest online Asian grocer and World Food recipe box provider.

Since 2017, Court Cavendish has primarily focused on investing in fast growing technology-based, social good and social trend businesses at various stages of development, from absolute start-ups to pre-IPO raises.

There are more than 20 investments currently under management by Court Cavendish, including: AirBnb, the online vacation rental marketplace; DocTime, an online GP-consultation service; Oxford Medical Simulation, a virtual reality medical and nursing training simulator; AirSensa, which specialises in the collection and analysis of environmental data; and Gaming Realms, the mobile game creator and publisher.

McIlwee is the first of several Special Advisor appointments Court Cavendish plans to make over the coming months, as part of a new strategy to deploy world-renowned senior expertise alongside its existing capital investments.

McIlwee, whose track record in supply chain logistics and operational scaling is unrivalled, will add considerable strategic expertise and mentorship to supercharge the development and growth of several Court Cavendish backed companies.

As part of Laurie’s role at Court Cavendish, he will sit as Chairman of the Board of Red Rickshaw. Court Cavendish first backed Red Rickshaw in 2017 and has since supported the company to rapidly expand and diversify its consumer, wholesale and hospitality offering. This includes the launch of a world-foods recipe box subscription service, Feast Box, in January 2020.

As Chairman, Laurie will support Red Rickshaw to continue developing its proprietary technology, which uses data to optimise customer acquisition, retention and subscription, right through to procurement and supply chain management, with the goal of enabling rapid scaling domestically and internationally.

Prior to its move into global technology investing, Court Cavendish, and its Founder and Chairman Dr Chai Patel CBE FRCP, were best known as the leading UK health and social care turnaround specialist, having overseen the transformation of the modern Priory Group.

In 2011, Dr Patel founded HC-One, which under his leadership grew to become the largest residential care provider in the UK. Dr Patel retired as HC-One Chief Executive in 2017, and as Chairman in 2019, however Court Cavendish retains a significant minority shareholding in the business.

“Laurie’s global corporate experiences and successes are unrivalled and mean Court Cavendish can provide greater support to a more diverse range of organisations.

“This appointment, the first of several new Special Advisory roles, marks a new era for Court Cavendish that will supercharge how we support the companies we invest in to develop, grow and ultimately succeed in delivering innovative technology-based solutions.”

Commenting on his appointment at Court Cavendish, Laurie McIlwee said:

“Having spent my career at some of the biggest names in food manufacturing and retailing, I was drawn to the opportunity to work with an entrepreneur of Chai’s calibre, and to work alongside him to advise a broad range of companies operating in sectors that are both new and well-known to me. It was a unique and exciting opportunity, and one I look forward to embracing.

“As part of this, leading the Board of Red Rickshaw means I can return to the UK grocery market with the opportunity to support an excellent management team to further develop their proprietary automated customer and supply-chain technology, which is at the forefront of how ecommerce and grocery retailing will evolve and develop over the coming years.”

Interviews are available on request with:

Laurie is a global executive with board and operational experience in both public and private businesses in the UK, EU and globally. He has in depth knowledge of the FMCG, Retail, Logistics and Hospitality sectors, and a strong track record of strategically growing and restructuring businesses in these sectors.

Laurie spent half of his career at Tesco PLC, the UK’s largest retailer. He joined Tesco in 2000 from PepsiCo and was part of the team that built a FTSE 10 company with revenues of £72 billion, 34 business units, operations in 14 countries, and coverage of 50% of the world’s population.

Since leaving Tesco in March 2014, Laurie has worked in a variety of private equity and consulting roles. He led a team for Boston Consulting Group in a South African retailer that launched a discount format; was on the Board of the carved out transport division of Stobart plc, the largest logistics company in the UK, resulting in an IPO four years later; and for the last three years Laurie has been the Executive Chairman of Boparan Restaurant Group (BRG), a 150 site restaurant group which he restructured, made profitable and repurposed away from “casual” into “fast casual” dining. Most recently, Laurie joined the Board of Madrid-based Deoleo, S.A., the largest olive oil business in the world.

Following twenty years’ experience transforming some of the largest healthcare companies in the UK, including Westminster Health, the Priory Group, Care Management Group and HC-One, since 2017, Court Cavendish has focused on being a global technology investor that has supported dozens of innovative technology-driven companies at various stages of development.

Founded in 2017 by Jyoti Patel, the company trades under two Brands – Red Rickshaw and Feast Box.

Feast Box is a world-foods focused recipe box service, taking you on a discovery of great food and recipes from around the world. It offers customers a weekly subscription with a choice of two to four meals, from a selection of 12 new weekly recipes. Five of these are vegan, tapping into the increasing demand for plant-based diets. Feast Box includes recipe cards, and pre-portioned ingredients including proteins, vegetables, herbs and spices. All products are ethically sourced, with a strong focus on minimising use of plastic packaging and distributing its products in a carbon neutral way. With every recipe sold, Feast Box provides clean water pipes and emergency medical kits to communities suffering from malnutrition through its partnership with Action Against Hunger. 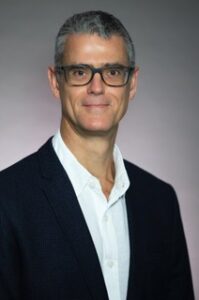 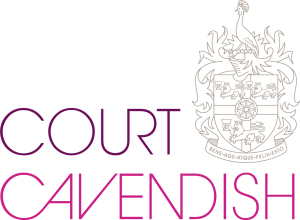 Court Cavendish, the global technology investor and former healthcare turnaround specialist, has added FlowSpace, a platform connecting people with a network of local spaces where they 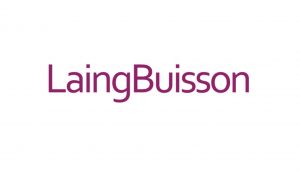 Care Management Group (CMG), a leading care provider for people with learning disabilities, has been sold to Australian investment manager AMP Capital. The business, which